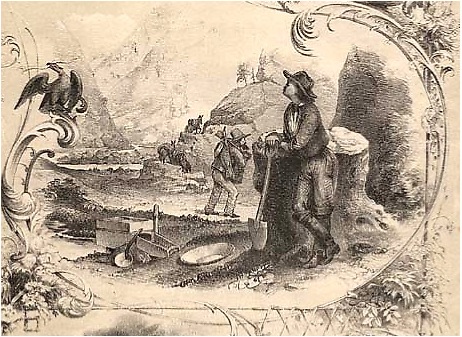 This verse narrative is from a novel that deals, in part, with the California Gold Rush. The character, Birdsill, is a frontier aesthete who fancies himself somewhat of a poet.

… from back in the saloon he could hear Birdsill reciting a dreadful poem.